Trooper, a Welsh Mountain pony was found in 2012 in a filthy shed on the outskirts of a major Welsh city starving and emaciated. Tests subsequently indicated that he had been eating his own faeces in his bid to survive.

He was only found because a dog walker became suspicious having initially discovered the carcass of another pony on a nearby rubbish tip who had starved to death. Trooper was brought to us where the vet assessed that he would probably only survive a few hours given his extremely weak state.

Expecting the worst we made Trooper as comfortable as possible ensuring that his protruding bones were protected with a deep bed but also offering him small amounts of food and supplements every thirty minutes in a desperate bid to save his life.

We decided to call him Trooper as every hour that passed by, we seemed to be witnessing his extraordinary capacity to pull through against all the odds.

Trooper did survive and grew into a very beautiful and talented pony with a truly wonderful temperament and nature. He now leads a full and active life at his new Guardian home regularly taking part in show jumping competitions and drag hunting with his proud young owner.

We are also immensely proud of Trooper’s transformation and he now graces one of our publicity posters highlighting the work we do for other horses and ponies in desperate need. 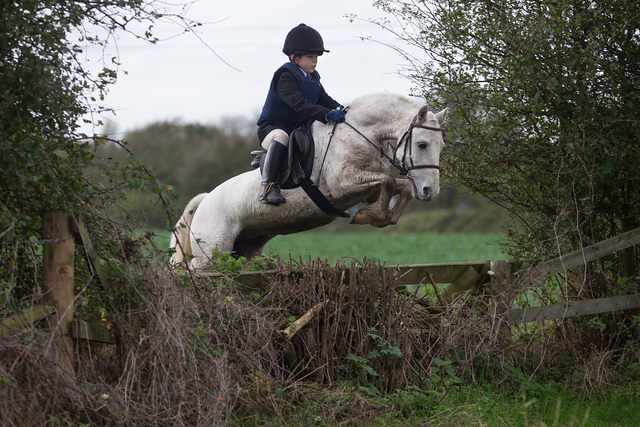