The tale of Benjamin Button 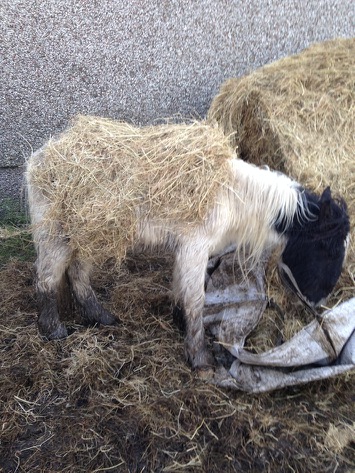 Benjamin Button arrived with us in January 2015. Just two years of age this tiny pony, as an unwanted colt, had been heartlessly discarded resulting in him being passed around by several unsuitable owners.

He was eventually spotted by a responsible urban pony owner who kindly gave him temporary sanctuary whilst trying to find him the help that he desperately needed.

Fortunately we were able to take him in.

When our grooms collected him he was tethered on an open common, very underweight, suffering from rain scald, riddled with lice and carrying a heavy worm burden. He had been covered in hay (thatched) in an effort to try and keep him warm.

Our grooms were amazed when the little pony, who had never met them before, willingly walked into their horse box almost as if he knew he was going to a better place, where he would be safe and cared for. We were able to give Benji the specialist care and attention he so desperately needed, and after many months his condition really started to improve.

Benji is now a completely transformed young pony and loving life in his new Guardian home with best buddy Brenin, another Lluest rescue. 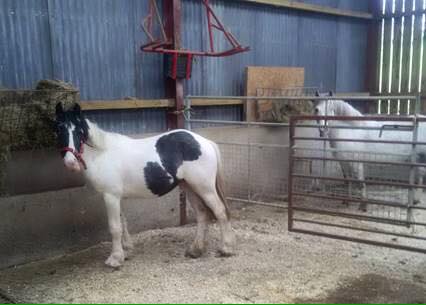