Below are just some of the Lluest horses and ponies in their new homes.

Trooper went to join Patch at the Fricker family, he has settled in very well and now competes in show jumping and cross country along with going out drag hunting. Trooper was rescued in 2012 at deaths door he got his name after defying all odds

Hero was re-homed October 2014 as a newly backed youngster. He was rescued as a colt living in a housing estate  back in 2011. Hero has come on so far in his new home. He has recently competed in his first dressage competition scoring a very respectable 68.4% with his loanee Debra Jeffreys. Congratulations to you both for all the hard work.

Pudding has recently been rehomed. She has settled in extremely well after several months of foster care. Her lovely temperament is perfect as a child’s companion pony, and she has plenty of equine company too. Her new family adore her!

Gooseberry and Santa became firm friends at the Trust after their respective rescues. Gooseberry was abandoned and in a terrible condition, with a heavy worm burden and louse infestation, as well as a coat so matted it had to be cut off with scissors. Little Santa came in as a foal at foot; both he and his mother were impounded as strays. They now live happily together in their new home, as much loved family ponies.

Mishka, her sister, dam and sire were all signed over to the Trust when their owner became too ill to care for them properly. At eighteen years old, Mishka suffers from Cushing’s Syndrome and needs daily medication. Having previously suffered  from laminitis, she does show some damage to her feet, and needs to have her diet controlled strictly. However, she has found new friends within a mixed group of Shetlands and donkeys. Her new best friend is Dylan, a twenty year old donkey who also has Cushing’s Syndrome.

Love is………..sharing a wedge of hay

Even better – Mishka has been joined by her mother, Lady!

Captain who came to Lluest from a terrible situation has won 1st place as Best Native in a local show. We are so proud of him!!!!! and so grateful to his wonderful loan home for giving this beautiful young green horse the love and care he deserves. 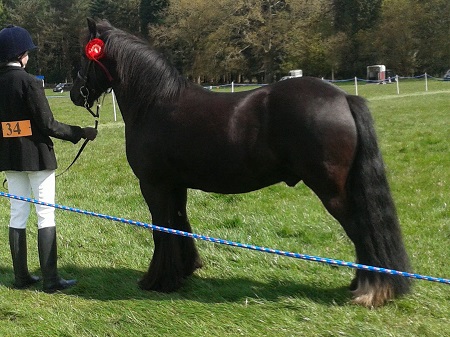 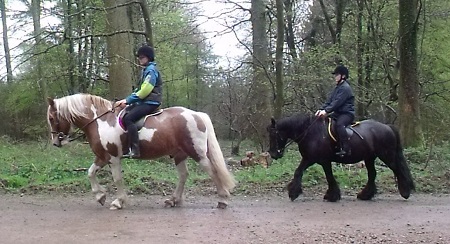 Here he is learning to go out hacking. 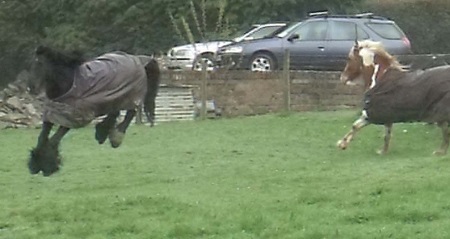 Having fun and hanging out with his new best friend Treacle. 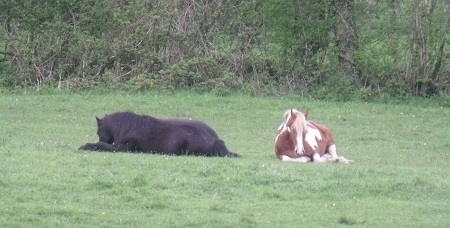 Little Lloyd, loved and cherished in his loan home with the Diskin family, takes part in the BBC Six Nations “Calon Lan/Unite the Nation” campaign

Patchwork, a miniature horse, came to us in desperate need with another very frightened Shetland. Both went from strength to strength. The little Shetland went to the same wonderfull home as Sugar (see further down the page)  and Patchwork who was re homed but then out grown, has now gone to her second new familiy, where she is loved and adored. 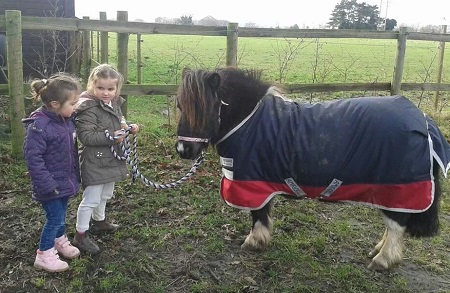 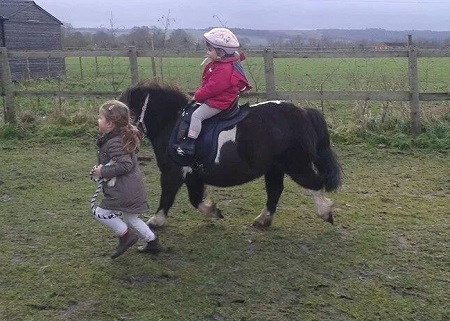 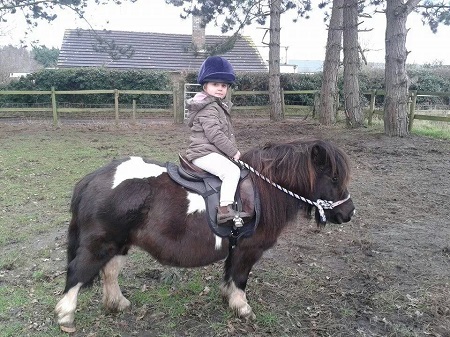 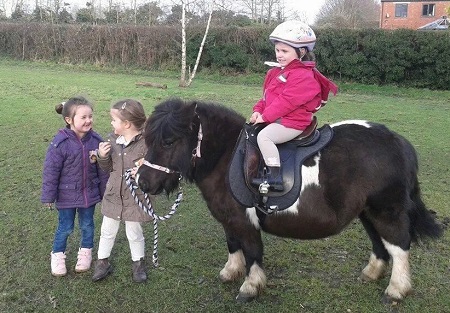 Eve arrived at Lluest a bag of bones with chronic rain scald. Eleven  months on and now out in a loving loan home, this beautiful, sweet young horse is adored and cherished with a wonderful life ahead of her. 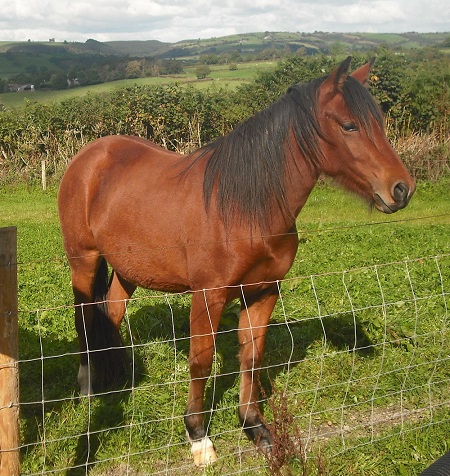 Sugar the Shetland was rescued by Lluest Horse and Pony Trust and soon after was re-homed to live with two other Lluest ponies and several donkeys. As well as having gone through Swansea Pound, and enduring some very poor living conditions which would ultimately have been life-threatening, Sugar also suffers from dwarfism and a deformed jaw.

Despite all this, her temperament is superb and she is extremely sociable and cheerful, so she visited the local primary school to take an assembly with the children. 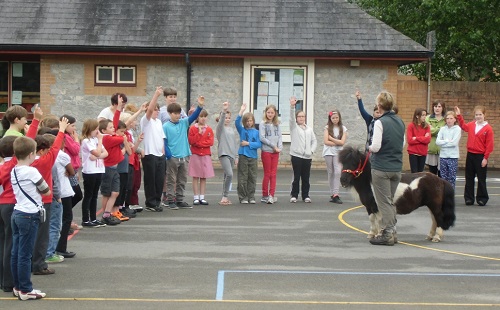 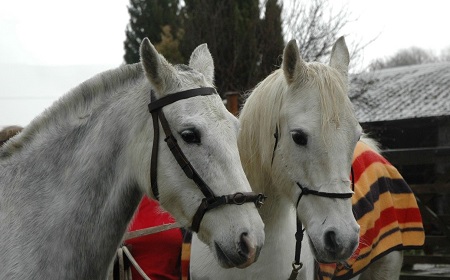 This is beautiful Louis, who had been abandoned by his owner. He is a stunning Arab who went on loan to a home that understands his breed. Louis now has a fantastic life relaxing with friends and going out for fun, happy hacks. 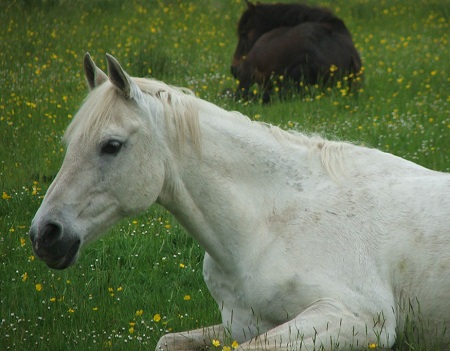 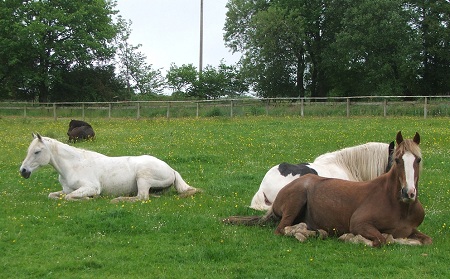 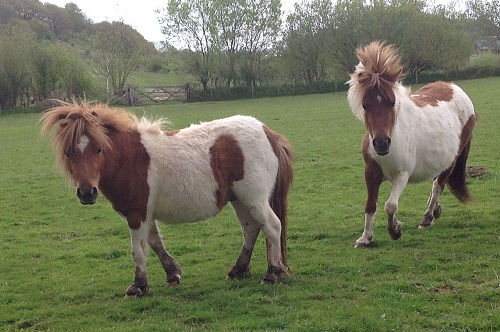 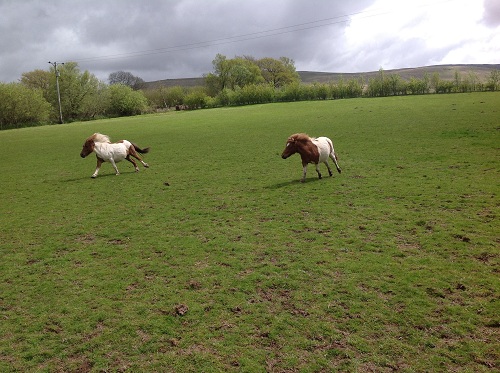 Tom Thumb and Thumbelina  (affectionately known as Mr & Mrs Thumb) were rescued on separate occasions  by Lluest from a local animal pound –  where they were due to be put to sleep. Tom was the first to arrive at Lluest and a month or so later we picked up Thumbelina.

When the Thumb’s met at the Trust it was love at first sight and they have been inseparable since.   The Thumbs are two very lucky ponies, having the time of their lives in their wonderful new home.

To Top Of Page