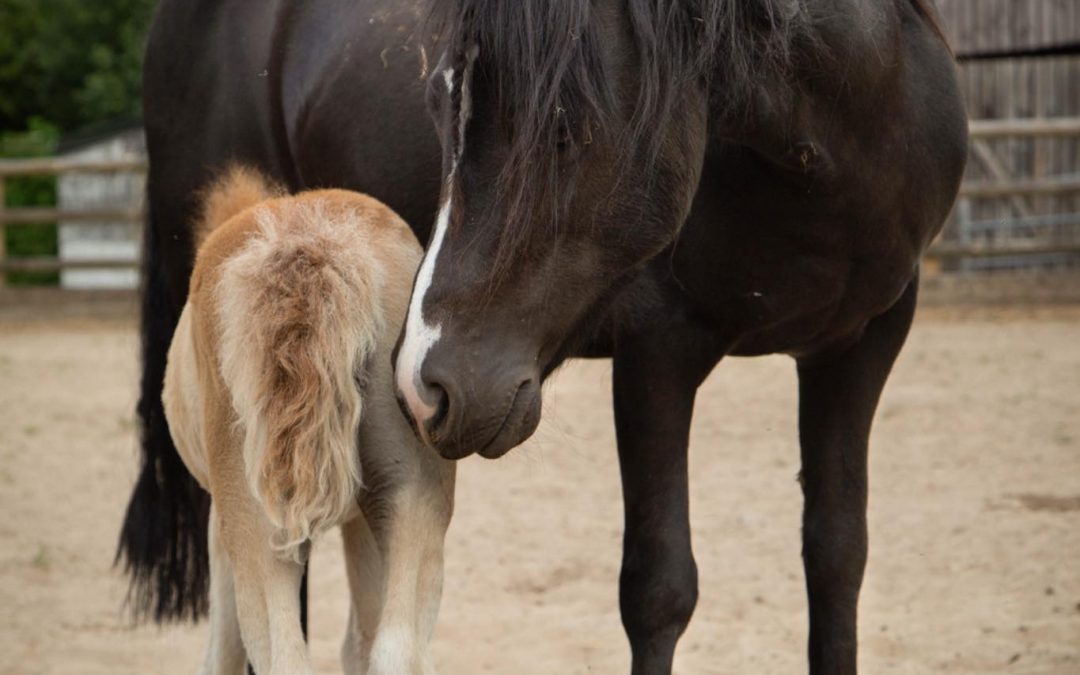 With no news on what has happened to Nala’s mum we took the steps to introduce her to the wonderful Penny. Penny had been calling out to her field companions and when Nala heard her she replied, this then resulted in a lot of back and forth whinnies.
Penny had a foal at foot when she was originally rescued a few years ago, she is a very sweet pony and was the most logical choice to become a companion come surrogate mum to Nala. As soon as Penny saw her, her mothering instinct kicked in. They spent the first couple of days separated by a low partition, but after being turned out in the arena yesterday, they have now been moved to a stable together.