Gertie and the ‘Storm Ponies’ 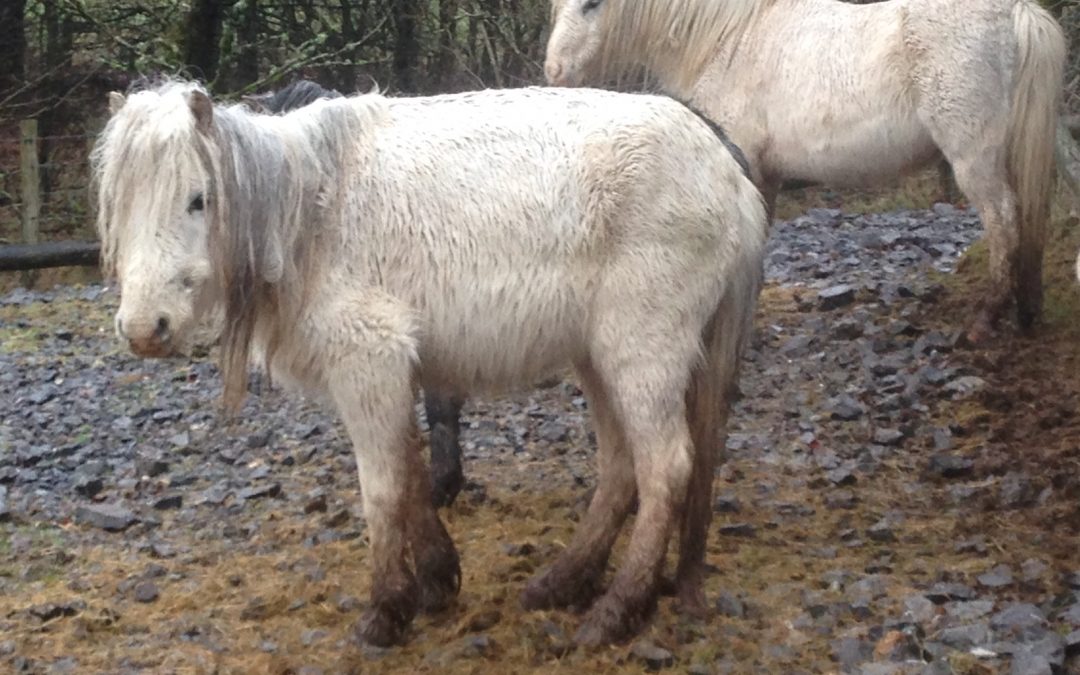 Gertie was rescued by Lluest in February 2016 along with her little foal at foot, Eva and two other beautiful ponies, Imogen and Henry. All four had been abandoned on a local mountain and had been struggling to survive for up to 18 months before we were alerted to their plight.

Once in our care we chose to name them after the winter storms in recognition of their battle against the relentless wind and rain which they’d endured with no shelter and little adequate food.

Gertie was without doubt the pony in the worst condition, and if we’d not been able to take her she would have been immediately put down on welfare grounds. We just couldn’t allow that to happen and despite every one of our stables being full at the time we made the decision to take all four ponies because we could at least house them temporarily in our medical isolation unit. All the ponies were crawling with lice, had heavy worm burdens and Gertie had additionally been suffering with an excruciatingly painful ulcer due to a sharp piece of tooth embedded in her gum.

Five months on and all are doing exceptionally well including Gertie’s little foal Eva who has gone onto a wonderful Guardian home to be a companion to another yearling. And Gertie…well, we’ll let her sunny summer photograph do all the talking!