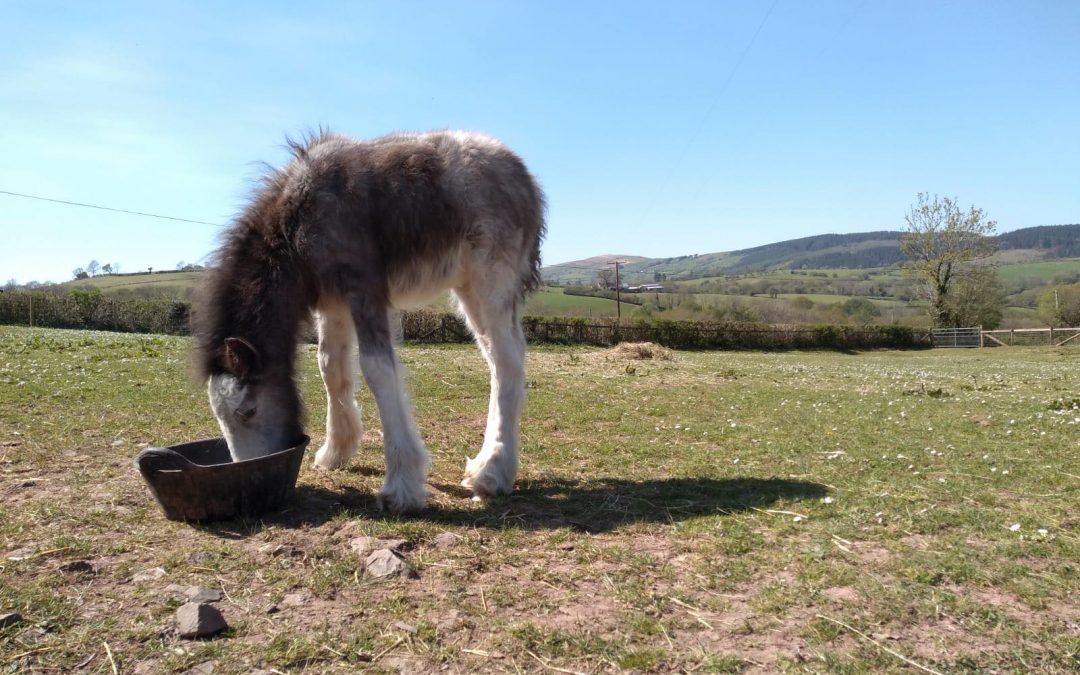 When we received a call from a concerned walker in March about a distressed and neglected foal, we knew they had to respond with the utmost urgency. What greeted us was the saddest, most heart wrenching scene…

There was a tiny foal all alone and hungry, still trying to feed from her thin dead mother on the ground.

Lluest’s welfare team and vets from Dyffryn Tywi scrambled to catch and guide the frightened foal to the ambulance, negotiating her carefully over footbridges and fences. Back safely at the Trust, she was checked over properly by a vet, given a milk feed and the name Connie. She was estimated to be between 2 and 3 weeks old. She was fed every two hours around the clock and very quickly built up trust.

Our welfare team’s main aim is always to rehome as many horses as possible, to try to provide long-term fulfilling lives within our Guardian network. We also monitor the surrounding mountainous regions, and the countryside for horses that are alone, neglected or abandoned, like Connie. Due to the horse welfare crisis across the UK, there are many more horses bred than can be cared for by owners, leading to higher numbers of rescues. There are 28 horses and ponies currently on the Lluest site, a number set to rise due to being unable to rehome currently.

Rescue is just the beginning for a little foal like Connie…

Our team’s main aim will now be to raise her as part of our herd. She will have a tough battle ahead to grow stronger and learn to be independent. As an orphan separated from her mother so young and found in such harsh conditions, she may well face health problems as she grows. For us, it’s the best result that she wont grow up in a life of neglect that she wouldn’t have survived. Connie is being fed every few hours but can now run around outside freely.

But Connie has had another stroke of luck. It’s vital for an orphan foal to have equine company, and have a horse take her under their wing. Abbie was found wandering the streets before she came to us and arrived heavily in foal, sadly her foal died hours after birth. But she’s finally had a chance to mother a baby and since we introduced them, they haven’t looked back. 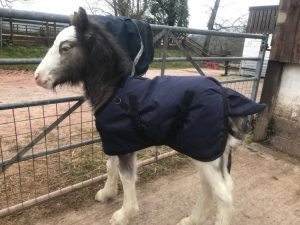 Connie is already growing stronger but she has a very long road ahead. Just attending to her care will cost approximately £380 a month for the rest of the year, not including if she needs unforeseen or emergency veterinary care.

At this time, without normal fundraising avenues and unable to rehome, your donations are vital to keep our work going. Our outgoings are up to £12,000 a month.

Give Connie the best chance at a future beyond Lluest

While every donation is vital, regular monthly gifts can have the most impact. This means we can plan ahead with our resources with guaranteed income, as we raise Connie to be a healthy adult horse.

£10 a month will contribute towards vital care costs, like milk replacer, feed and veterinary care, to ensure she moves forward from her birth into neglect that she wouldn’t have survived.

Make a regular monthly gift through Paypal here or downloading our Direct Debit form on our donate page here If you can’t give monthly, please consider a one-off donation here